Funerals are the oldest ceremonies know on earth. Since ancient times, every culture had a unique way of celebrating their loved ones. The beliefs determined the type of funeral one would get. Even in the modern world, funerals are big business, and many institutions provide funeral services.

Every funeral is influenced by the religious and cultural traditions of the deceased. For years different types of funerals have emerged each depending on budget. Funerals ensure every life is commemorated in a unique way to celebrate the life of the deceased by his family and friends.

To some people, religion has no real relevance in their everyday life and therefore their funerals will likely reflect this decision.

People who abide by the Catholic faith follow the religion to guide them through life and to follow the principles set out by them to live a fulfilling life in the eyes of their religion.

The Catholic Religion plays a vital role throughout a believers life, which can be witnessed during the funeral services of a member of a Catholic Church. A rosary service is held before the funeral at the funeral home in the evening prior to the funeral. Many believers also donate to the church in the memory of the deceased.

On the morning of the funeral, the body is taken to the church with the casket closed for a mass. After the Mass, family, and friends, then proceed to the gravesite for additional prayers. Catholics can opt for cremation, which was once forbidden by church laws. 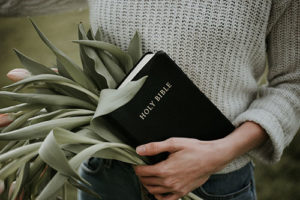 Muslims only bury their loved ones and prefer the graves to face directly to Mecca, the Muslim holy city. Muslim public cemeteries have set aside places in their cemeteries to provide Muslim funeral services. After the death of their loved ones, they wash and bury the body as soon as possible. The Muslim religion forbids autopsies and cremation.

Buddhist believe that life and death are part of a cycle called Samsara. Samsara means your actions in life and incarnations will lead to more reincarnation. The burial rituals will last between three to five days, and monks will be seen chanting Buddhist scripts from 7 pm to 9 pm. Mahjong tables are a common thing that you will see at a Buddhist funeral, with the tables used by relatives to spend their time during the funeral.

The body is completely cold as it’s prepared for burial or cremation and won’t be dressed in fancy clothes but instead the normal clothes he/she used to wear when alive.

Vikings honour death in two ways, burial or cremation. Cremation was common to the earliest Vikings, who were pagan. They believed smoke from the fire would help the deceased in their afterlife. After cremation, the remains can also be buried normally in an urn.

Regardless of how the body was disposed of, the rituals carried to the body were the same. The body was wrapped using new clothes, and a funeral ceremony was held featuring songs, food, chants, and alcohol. Gifts and tributes equal to the value of the deceased were buried along with his/her body.

The body undergoes preparations, which are known as Taharah that involves washing the body, purification, and dressing. After completion of Taharah, the casket is closed. A time frame of 30 days and nights is observed in which mourners resume their day-to-day activities, say particular prayers, and also restrain from any leisure. The name of the deceased is said aloud in the synagogue on the day of their anniversary.

For environmental-conscious people, the funeral industry offers green practices to preserve the environment. Since there is a need to expand cemeteries to accommodate more burials, it has a lot of impact on the eco-system hence the reason why many green burial groups may recommend cremation as an alternative. When planning for the funeral services, mourners are required to make charity donations as opposed to flowers to protect the environment. Also, some green burial advocates for the use of graveside services that allow friends and families of the deceased to open and close the grave as opposed to using earth moving fossil-fuel-burning machines. 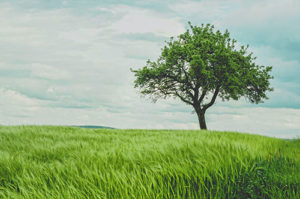 There are many other alternatives to funerals, such as donating your body for science. It’s a courageous alternative to a traditional funeral. Another proper alternative burial is a burial at sea. Consult a registrar if you are planning a sea burial. You can also use alternative caskets and urns available for ashes. You can also buy pewter if you wish to keep the ashes of your loved ones at home.

Types of funerals for a deceased depends not only on religion and culture but also on their budget. There are many types of funerals you can consider to celebrate the life of your loved ones. The funeral isnât a simple matter, but you should focus on getting the best funeral services that they truly deserve.