Home  »  Funeral Plans   »   How Much Does A Funeral Cost?
clearkey

How Much Does A Funeral Cost?

The cost of funerals in the UK has been on the increase for some time now. It is no longer cheap to bury or even cremate a loved one. It is a stressful time for all of the family, and it is often tempting to contact a funeral director and let the funeral service take care of everything.

However, there are ways in which you can both control and cut down on costs.

How much does a funeral cost in the UK?

The average burial in the UK costs around *£5033 but can cost a lot more. This is rather a large amount of money to have to pay out in one go, and many families do struggle when it comes to covering funeral costs. With the fast-rising costs of funerals in the UK asking the family to pay for costs hardly seems fair. 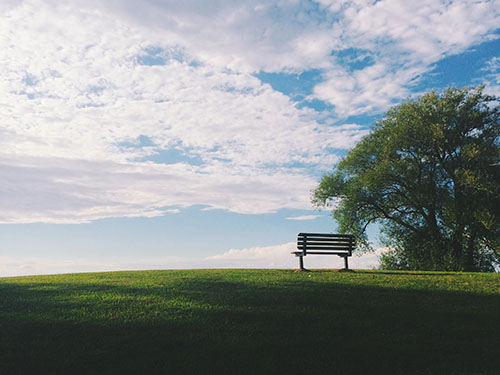 How to protect yourself against excessive funeral costs?

It is hard to acknowledge our own demise, and that we are one day going to ‘depart’. In fact, planning ahead for your own funeral is a smart idea. Not only will it take a lot of the burden away from your family, but it will make you feel better as well.

There are many clever ways in which you can plan ahead. One way is to take out a funeral plan. Funeral planning is a growing business all around the world and is a cost-effective way to pay for your funeral. It fixes the cost of all of the funeral arrangements. The “ one price pays for everything” concept is rapidly becoming more popular with many families as people live longer.

Do you need to take out a funeral plan?

In the UK, you are not obliged to take out a funeral plan, but in many foreign countries, you will find it could be part of your residency requirements.

Cremation is often cheaper than a burial. It varies a little bit depending on where in the UK you are based, but the average price of cremation is around £3,250.

Instead of having a permanent memorial to someone in a churchyard or memorial wall, you can create your own in the form of planting a tree or putting up a park bench in the memory of the person.

Working with a funeral director

If you do decide to contract the services of a funeral director, you should get at least two quotes. Try getting one from a national chain of funeral directors, and one from a local funeral director. The two will probably vary in price a great deal. The one from the national chain is likely to be more expensive as many of the national funeral directors operate under franchise agreements. Do you need to go for all of the options suggested by the funeral director? No, you don’t. It is important to stay on top of the costs. Upselling is part of all industries. In the funeral business, one of the most common upsells tactics is to persuade someone to buy a more expensive coffin. Another common upsell is car services. Yes, you will need to get to the church, but perhaps you could save costs by arranging the transport yourself.

You can also arrange catering using your own initiative. For instance, you can have the reception in your own home or choose a venue that is in line with what is comfortably affordable to you. Restaurants and pubs are often more than happy to put together special packages which can save a lot of money. Also, remember that it is cheaper to hold a memorial or reception during the week. During the weekend, venues such as restaurants and pubs are often booked up with other functions. Ready-made catering packs are also available from leading stores such as Marks and Spencer or Waitrose. All of the food is ready for you, and all you need to do is to lay it out. Also, try to find deals on drinks packages and you could save a lot of money. Using local catering companies is another idea. You may not need their staff, but having food delivered can certainly take a lot of stress out of the situation.

Flowers vs no flowers

If you are planning a traditional church service, it is nice to have some flowers. However, it is more common than ever to ask for donations towards a favorite charity instead. Of course, you are not paying for the flowers sent to a funeral service. Instead, the guests foot the bill.

But, if you want to have flowers and pay for them yourself, you could check out what options that are available on the Internet. There are sites which specialise in funeral flowers and they often work out cheaper than your local florist. Once again, it is important to obtain some quotes, but more and more families are beginning to turn to online florists.

Get dressed for a funeral

If you are a bit short of cash, a great way to save money on dressing for a funeral is to turn to second-hand shops or charity shops. Most ladies don’t tend to hang on to dresses they have worn to a funeral. Visit your local charity shop and you are likely to find a rail full of suitable black dresses. Alternatively, you could check out eBay. This a great way to find everything from shoes to black dresses for funerals.

The final word on funeral costs

To give all parties peace of mind, it is perhaps to go for a funeral plan. A funeral plan will take all of the stress out of the situation, and will ensure the funeral will be held in accordance with the deceased wishes.

Unfortunately, funeral plans, or funeral insurance, are still not taken up on mass. But, with rising costs, we really should start to take responsibility for our own funeral. We are reluctant to deal with the end of life, and believe it or not, a large number of people still die without a will.

A funeral plan is just as relevant if you are in your 30’s or your 80’s. It is just a matter of choosing the right one for you.

When you come to buy a funeral plan, make sure you buy with your head and not your heart. In other words, buy the one which is right for you, and don’t buy one just because you like the representative.

It is a good idea to have a family or friend with you when the representative comes around. A good quality funeral plan should never involve what is called a “hard sell”, but it does happen. It can be tempting to go for discounts on the day, but it may not be the right thing to do.

Think carefully about what you want and need when it comes to investing in a funeral plan to ensure it covers everything and meets all of your requests.

Regional costs of funerals can vary a great deal. It is important to make sure you compare funeral costs in your local area.

Your friend may have buried someone and paid for the cost of a funeral in Yorkshire, but you live in Hampshire. Burying someone in southern England is often more expensive than burying someone in the northern part of England. Just another thing you need to bear in mind when you arrange a funeral in the modern-day UK.