The notoriously prude UK public is starting to lighten up a little. Death is not something that we’ve been comfortable talking about, but this is changing.

Celebrating your life is not such a bad idea. An end of life celebration will create a memory and you can still have a traditional funeral as well. In this article, we are going to explore a range of funeral ideas, that you might want to consider.

Most of us have heard of wedding co-ordinators, but increasingly we are talking about funeral co-ordinators. People have many different funeral ideas and are hired to organise your funeral, making the most of the day.

If you have lived all of your life in the East End of London, you may want to celebrate your life with a traditional knees-up in your local pub. Invite a Pearley Queen and King, and the guests at your funeral may find themselves singing into the small hours. 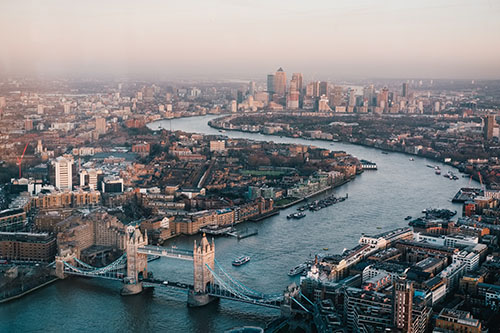 There is no longer a need for a traditional burial and this is becoming a less popular option for many. Choosing to be cremated is an option and can is often a cheaper choice. You don’t have the expense and maintenance of a burial plot to worry about after a cremation.

Even though you have had your ashes scattered, a permanent memorial can still be put in place for you. Many families choose a park bench in a favourite setting or a memorial plaque somewhere special.

Walk in with a band

The UK is now such a melting pot of people, funeral ideas are coming in from other countries. We have been quick to adopt the end of life celebration from the United States, but that is not the only American funeral idea that is popular in the UK.

Thanks to the internet, many of us have made friends all over the world. If we are fortunate enough, we can go to visit them and spend time outside of cyberspace enjoying their company. But, what happens when we die? If your best Facebook friend lives in Australia, he or she may not make it to the UK on short notice.

Live streaming a funeral is now one of the latest funeral ideas, As with everything else, this new funeral idea started in the United States, but was quickly adopted by the Australians and New Zealanders. Recently, it has very much caught on in the UK.

Some object to the idea and your average funeral director will not be able to handle the arrangements. This is where the idea of using a funeral co-ordination service comes in. The funeral coordinator will take care of everything from the sit-down dinner to the live streaming event.

The people of Taiwan have their own take on funerals. By western standards, their funeral traditions may be seen as shocking.

The idea behind a Taiwanese funeral service is to make it as big as possible, The Taiwanese like to draw a crowd in and they do it in more than one way. It is not uncommon to hire strippers and other entertainers to amuse the crowd at a funeral in Taiwan.

This very unique funeral idea is still to take off in the UK, but it is one of those funeral traditions from around the world which may eventually be adopted by globe-trotting Brits. If you want to throw a big party, you may as well make the most out of it.

In China, and other Far East countries, the end of life is often celebrated by sending up paper lanterns. You simply write your own personal message to the deceased, attach it to the lantern and let the lantern rise to the sky thanks to a candle its cradle.

Looking at the tradition, it is a nice idea. You get a chance to say goodbye in a very personal way. Sending your own message in this way leaves many people with closure. Also, it looks pretty with all of those paper lanterns drifting off into the night sky. 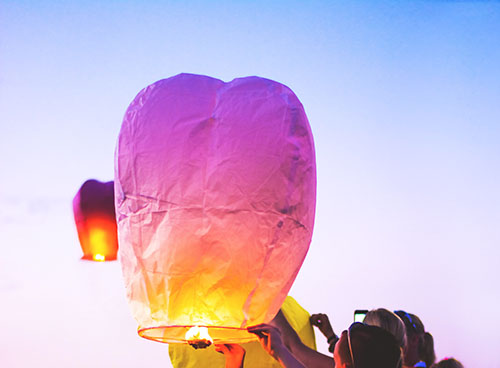 Restrictions in the UK

Yes, there are some restrictions on funeral practices and burials in the UK. This is why it is important to get a funeral director or coordinator involved. In some countries such as Spain, you can have the deceased’s body transported to the crematorium and pick up the ashes a couple of hours later.

While you can scatter someone’s ashes almost anywhere in the UK, there are only a few locations where you can bury a deceased’s body. The tradition is still to bury a body in a cemetery, and this is not likely to change.

A professional funeral director will help you to take all of the stress out of the day. While it is never going to be an enjoyable event, our attitude towards the end of life is beginning to change. It is slowly becoming more of a celebration than a sad occasion.