Home  »  Wills   »   Guide On Contesting A Will For UK Resident
clearkey

Guide On Contesting A Will For UK Resident

A will is a legal document that puts across a person’s wishes on how they would want their property distributed and how care should be accorded to minor children upon their death. It can also spell out conditions on how the wealth or property should be spent. It is meant to guide your heirs on how they will gather your property and spend as little time as possible in the process of determining how they should share it among themselves. The main reason for drawing wills is to create clarity on how the estate will be shared and thus avoiding disagreements among the heirs of the will.

Wills can be legally contested for several reasons. The process of contesting a will is done through the court system and you must get the correct information before starting the process. Of importance is that the law allows the contestation of a will through The Inheritance Act which details the persons who have the authority to contest a will and those who cannot. It outlines the persons who are legally allowed to contest a will. 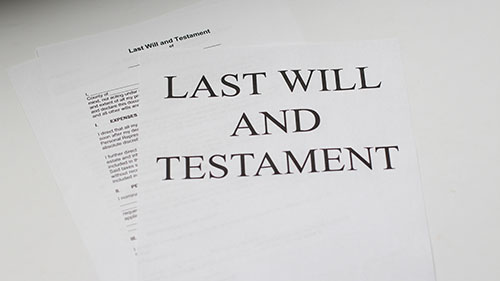 Any member of the public can contest the legality of a will but only the persons listed above can challenge its composition and how property will be shared out.

Of importance, is that the reference to a deceased estate includes all possessions including cash in the bank, property, investments such as shares and bonds, land and movable assets such as vehicles, boats etc.

Grounds for Contesting a Will in the UK

When a will is contested, the process of sharing out proceeds and any actions pertaining the will are immediately halted. The reason they are halted is because there is a case challenging this process and if the court finds that the case has merit, reversing the actions of dividing property may cause irreversible damage to the persons contesting the will.

Also, once the probate has been halted, there will be enough time to prove the validness of the case before a court of law and possibly convince the court that you deserved more share of the property.

There are several valid reasons for contesting a will;
• If the deceased person was not in their right mind at the point at which they signed the will and were therefore not aware of the contents of the will
• If the will was incorrectly drawn thereby missing vital information such as a valid signature or a witness.
• If there is sufficient evidence to show that the signatures were forged. This has to be proved by a handwriting expert.
• If the beneficiaries feel that they have been left out or they have not been adequately cared for in the will.

Other issues are important to note about contesting a will in the UK such as;

Time-You can only contest a will before the executor starts distributing the deceased’s wealth based on the final will. After this has started, it is extremely difficult to contest the will as you will be time-barred and there could be a possibility that property has been transferred to third parties by the beneficiaries.

Cost-The cost varies depending on the complexity of the case and whether the parties are willing to go through mediation which is cheaper than the court system.

Duration-It may take a long time for the case to be heard and determined. If one of the beneficiaries dies before they testify, it complicates the case because their share becomes another estate that will be open to the court’s decisions. However, the process is shortened if the matter is handled by mediators.

Also, if some parties are not satisfied with a court’s decision, they are likely to appeal the decision in a higher court and they will present their objections. This is likely to take much longer than you might have expected.

Steps of contesting a will in the UK

It is best to seek the services of a solicitor to help you in the process of contesting a will. They understand the process clearly and are best placed to take you through the process with all the legal guidelines. Once he gathers up the issues at hand, he will be in a position to advise you on the best way forward including taking a legal position on how to approach the court if outside of court settlement is not an option.

When these conditions are met, your legal advisor will be in a good position to proceed to prepare documents to start the process of contesting the will. He will take you through all the processes so that you are fully aware of everything as it is going on. During this process, he will require that you give him all the information you may have about the case so that he builds up a strong case for you.

Before moving to the court, the solicitor will suggest an out of court settlement through mediation where parties try to agree on how to resolve the issue amicably. If it is not possible, then the option of going to court is opened up and the case is filed.